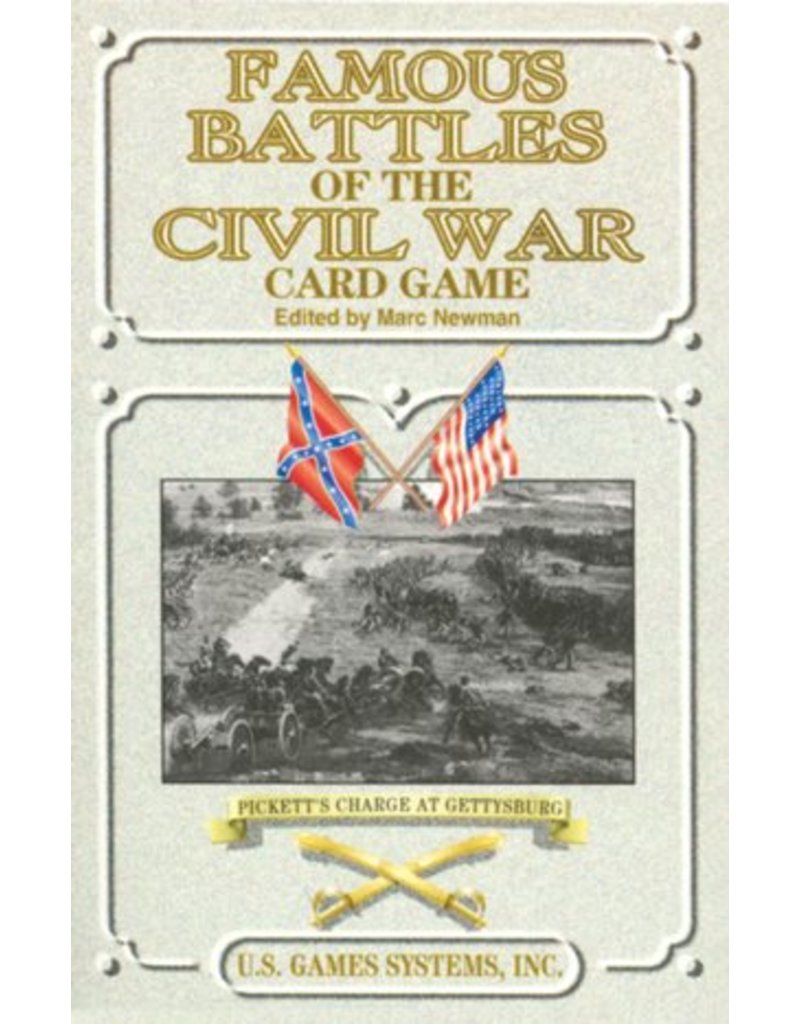 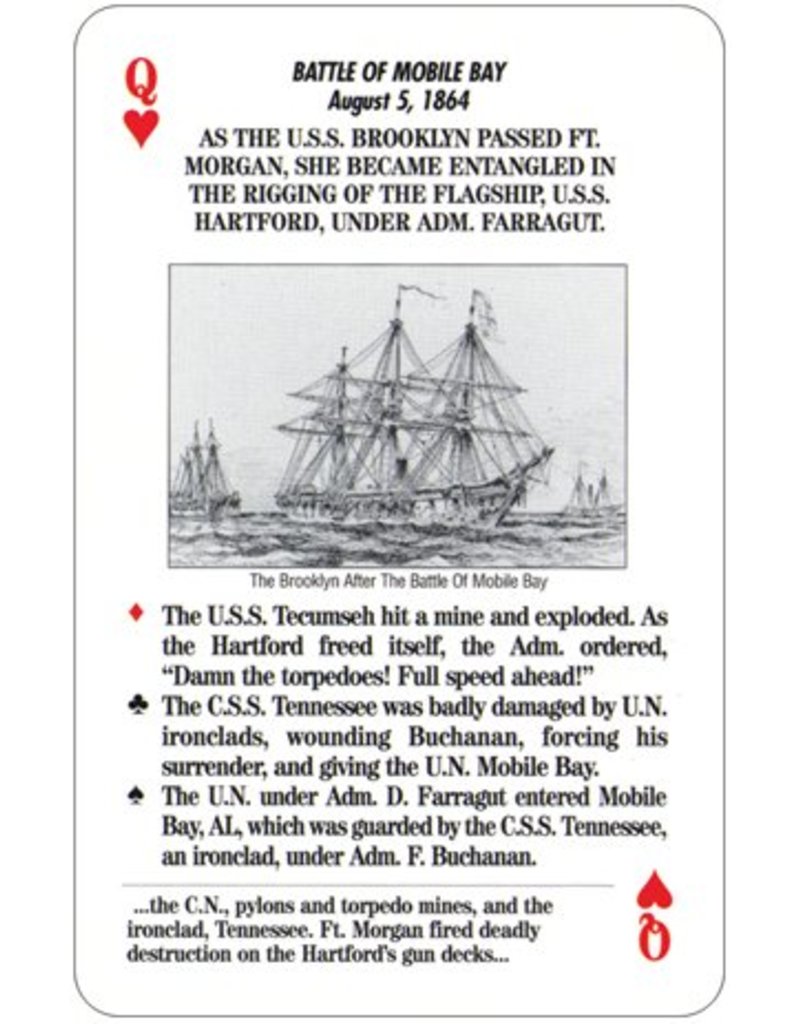 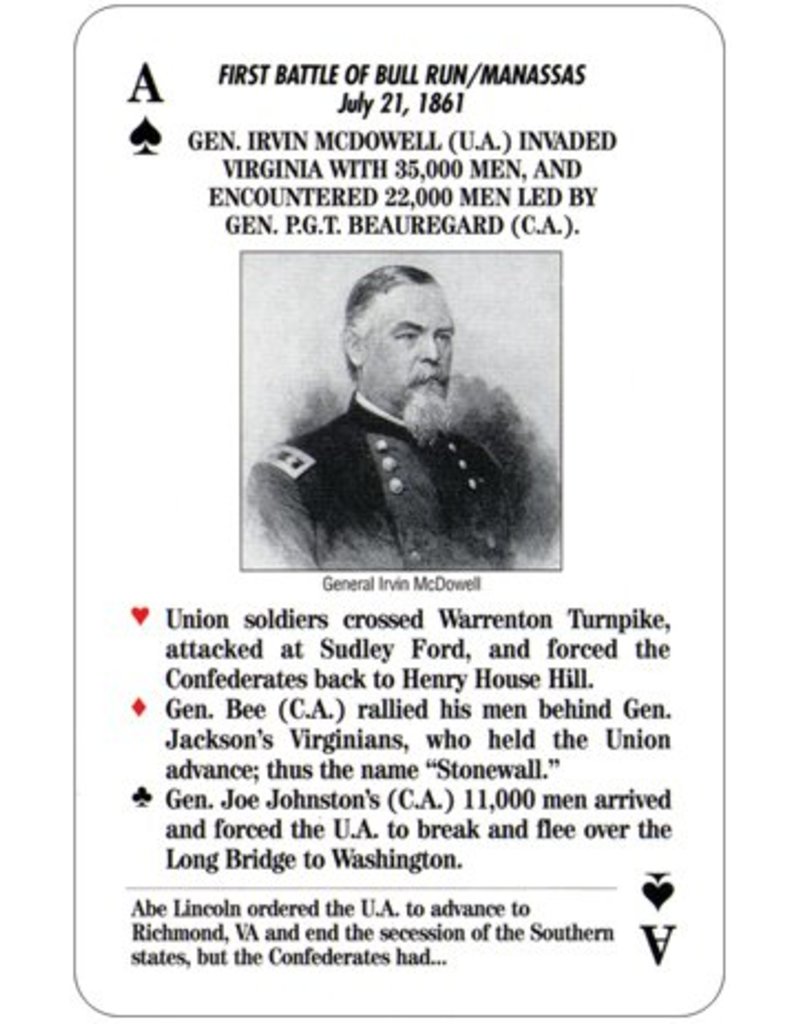 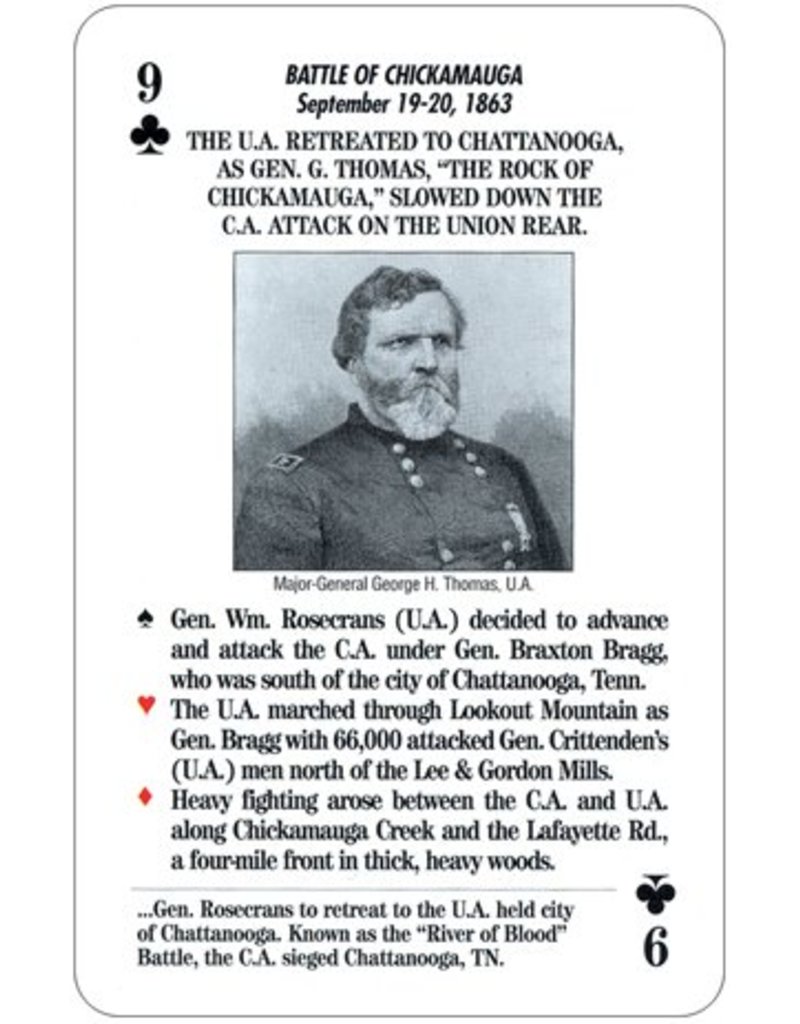 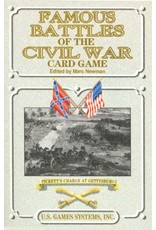 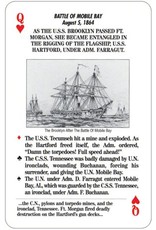 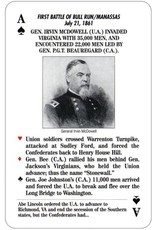 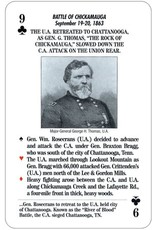 Famous Battles of the Civil War Card Game presents historic facts about 13 pivotal battles and military campaigns of the Civil War, including Bull Run, Shiloh, Hampton Roads, Gettysburg, and others. Also given is background information on the leaders, locations, strategies, maneuvers, and outcomes of the battles. Each card in this 54-card deck features a different work of art depicting the Civil War battle described.

Included with the playing card deck is a set of rules for playing Famous Battles of the Civil War Card Game. The deck is comprised of thirteen books of four cards each. The object of the game is to collect complete books by calling for cards from other players. This deck can also be used for playing many other card games. Famous Battles is part of the Civil War Series Card Games, which honor the people and events of the war between the two factions of our young nation. 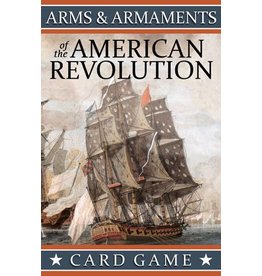